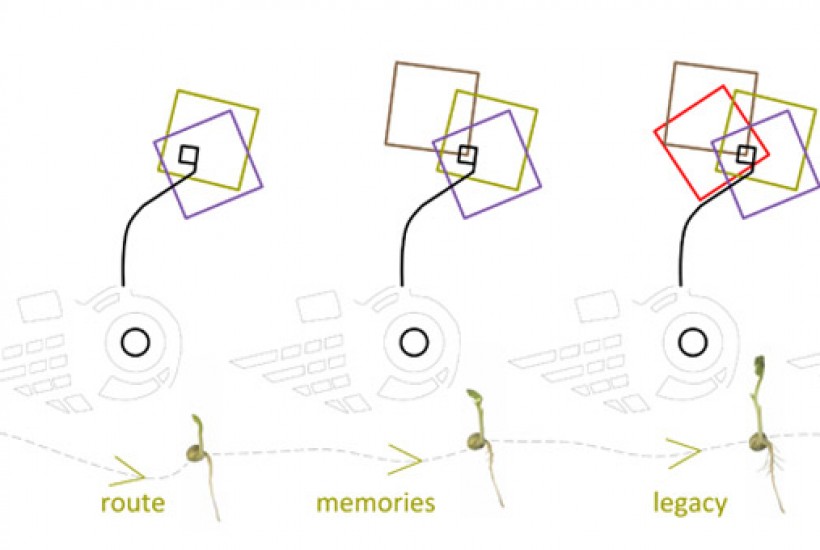 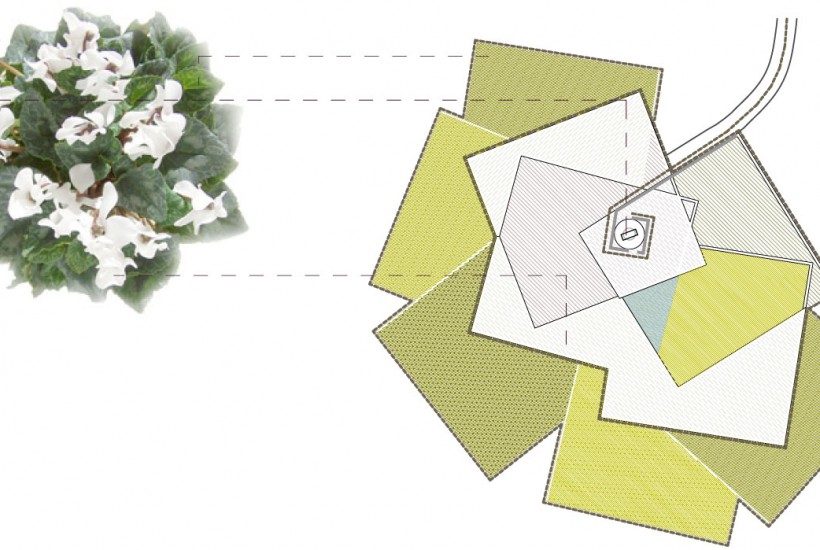 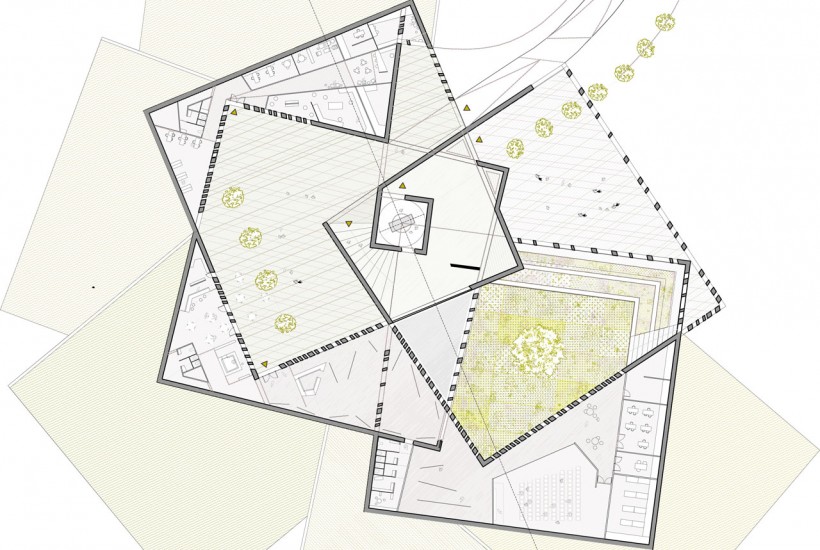 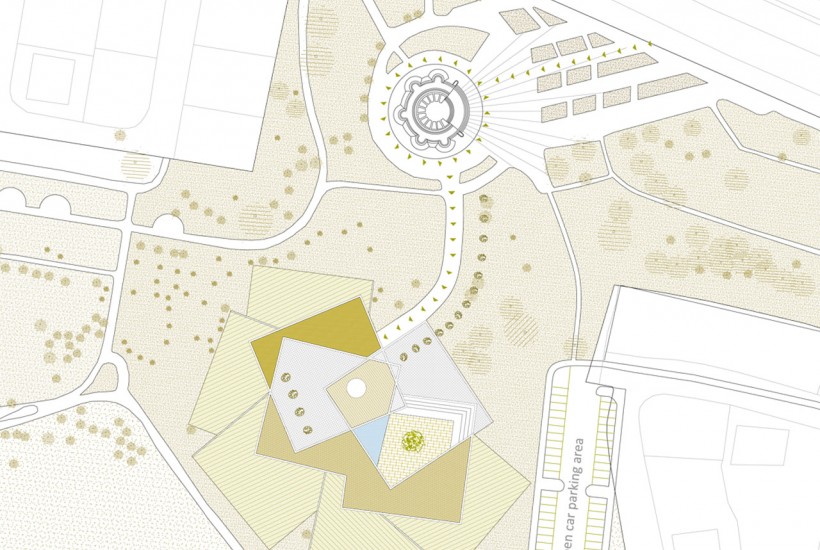 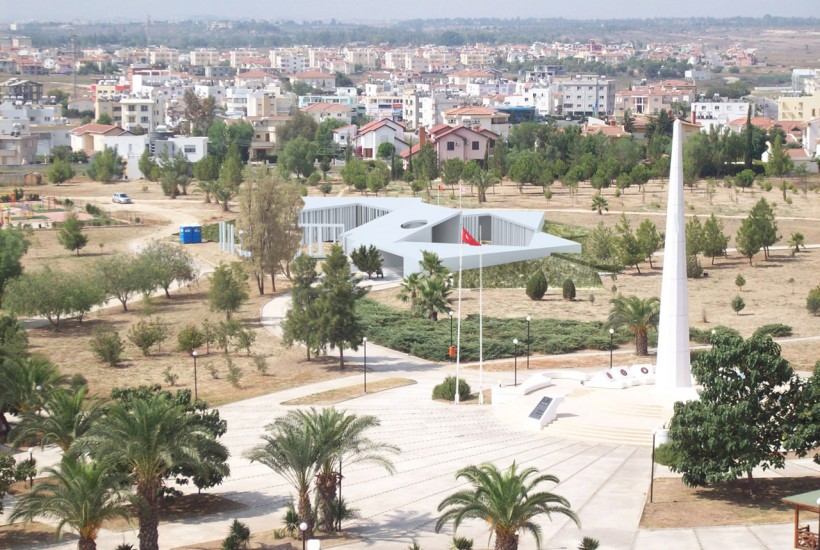 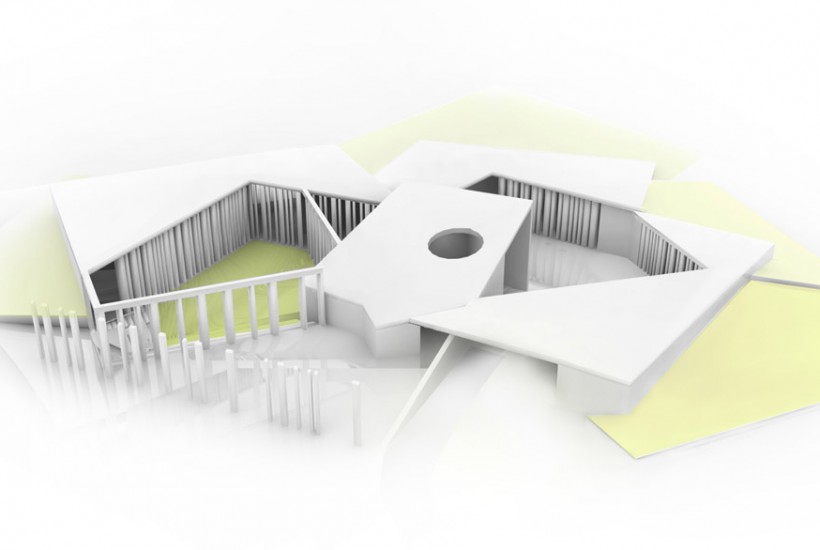 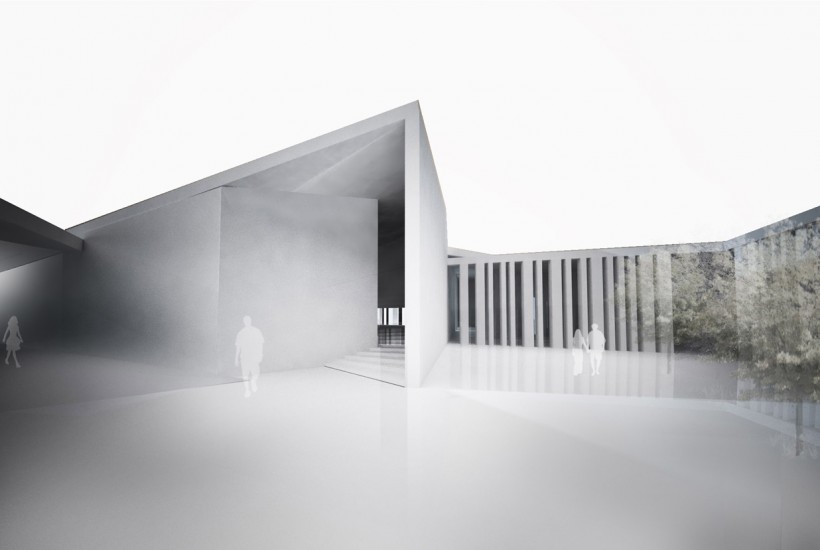 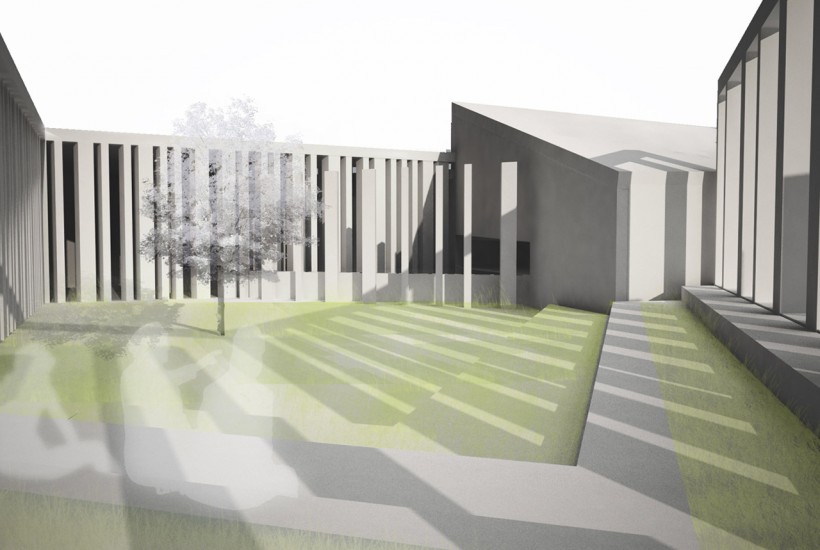 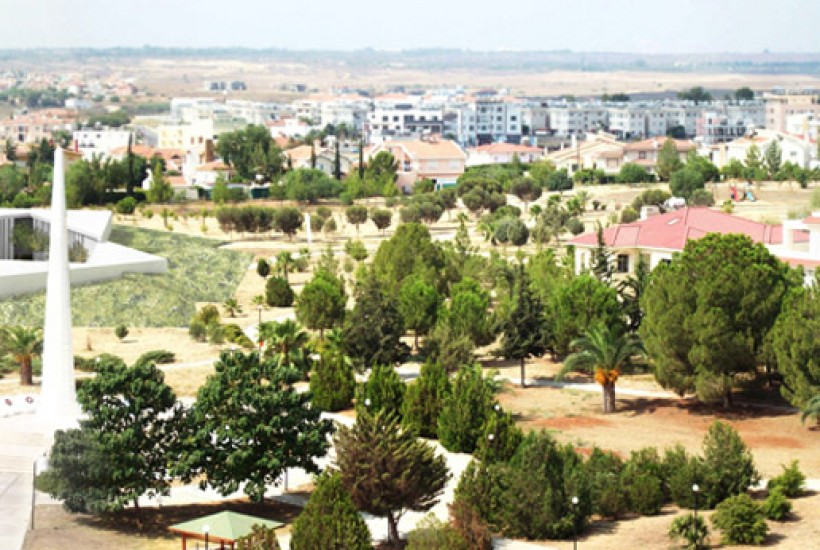 THE DIALOGUE BETWEEN THE INDIVIDUAL AND THE COLLECTIVITY

THE INDIVIDUAL – HIS LIFE. THE COLLECTIVITY – ITS MEMORY. The search for connectivity – identity between the individual and the collectivity through the identitary and philosophical geometries that sustain the nation: identity, seed and philosophical orientation and of beliefs all of them united by the common nexus of an endemic plant of the place, Cyclamen Cyprium. Its deepest geometry is the base and the inspiration of the mausoleum – museum of Rauf Raif Denktas, father of the TRNC. The common nexus of union between the individual and the collectivity is constituted by the formal element that sustains the Cyclamen Cyprium, its peduncle, seed generator that spreads through his territory.

A geometry that looks like a plant (Cyclamen Cyprum) has been projected. Its petals are represented in 4 squares petals that get together in the place where Denktas is buried (the seed).

The building is planned to be in constant dialog with its environment. On the one hand, with the TMT Memorial, and on the other hand with the park, inserted in its landscape.

The building appears with a horizontal composition, half-buried, in contrast with the uprightness of the Memorial. The individual and the collectivity remain represented in both of them.

The square that contains the mausoleum is orientated to The Mecca, it has the same orientation as the Memorial. 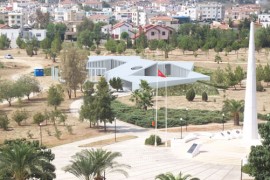