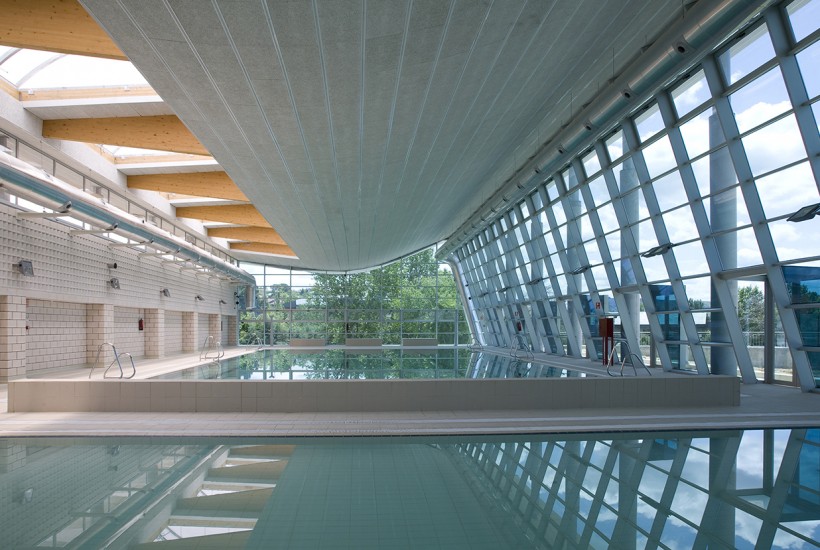 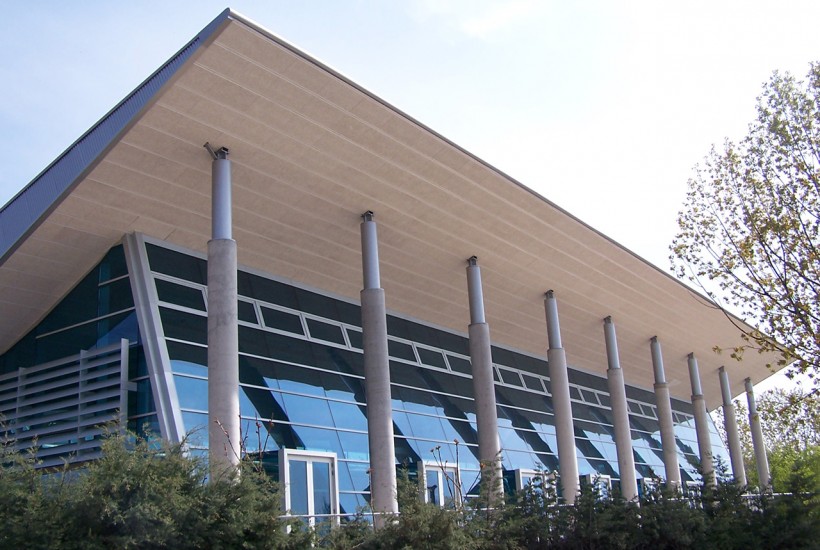 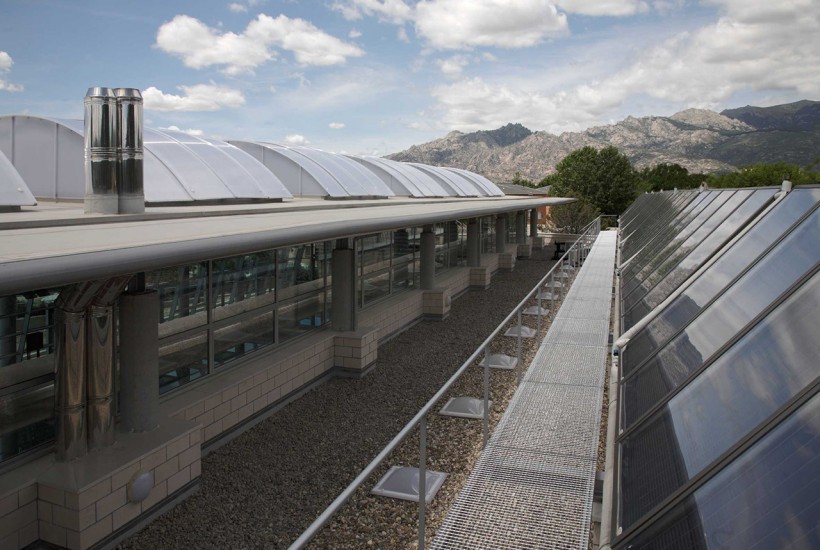 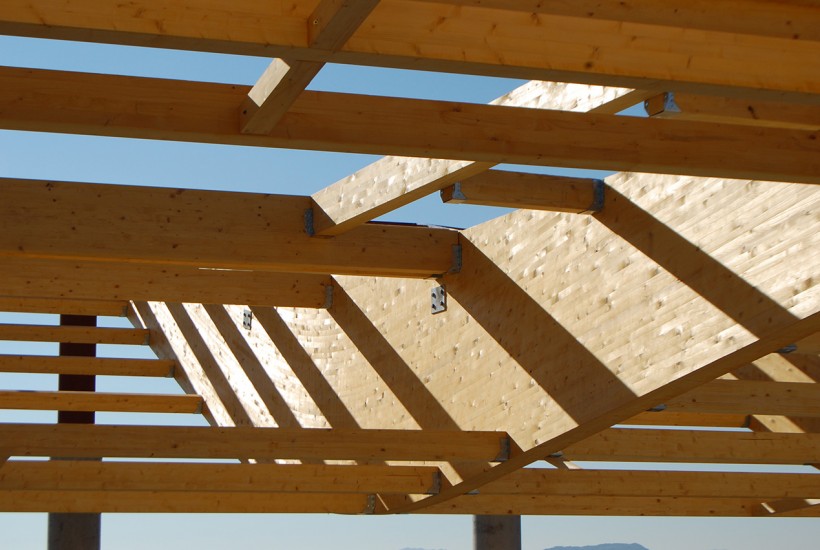 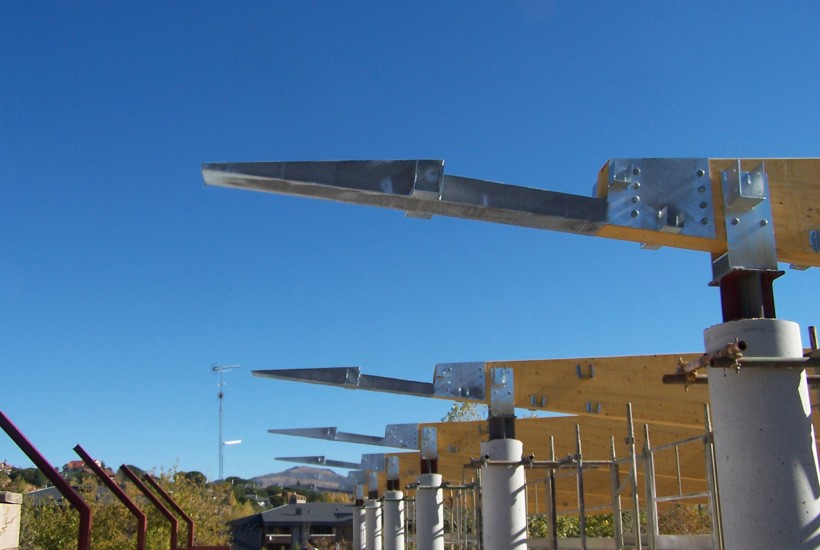 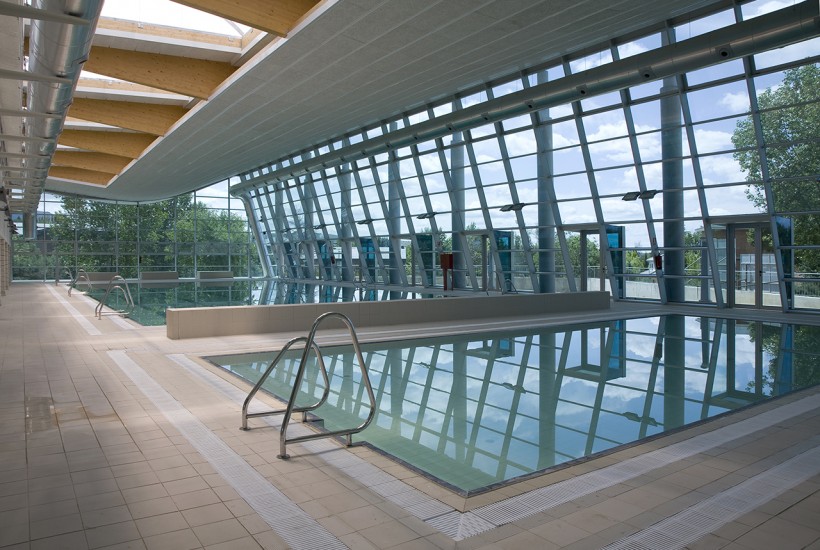 Located in a town 50 km North of Madrid, the project was developed with consideration to geophysical characteristics such as orientation, which made us change its location with respect to the original site. The aim was to establish a purely and entirely Southbound orientation which provides maximum thermal yield from solar energy, due to the greenhouse effect.

The cross-section of the building was carefully studied in order to obtain the clearest relationship between shape and function, such that energetic balance throughout the different seasons could be C with respect to the orientation of the building.

Another conditioning factor was the extensive amount of trees and green zones in the area, as well as the large quantity of organic waste (bio-mass) that is generated. It is estimated that 6,000 tons of vegetal organic waste are generated yearly, a part of which will be reused as the main energy source for the swimming pool, thanks to a bio-mass boiler that consumes 92 tons of pellets per year, which equals 36,5 tons of petrol. Hence, the emission of 110 tons of CO2 into the atmosphere is prevented.

The proposal includes enough solar panels to satisfy the hot-water needs of the facility.

We also took into account other regulating bioclimatic systems (Trombe wall, natural ventilation, rain water collection…) and the use of recycled materials.

The building’s composition is neatly divided into two bodies that are clearly differentiated. The northern part includes the entrance and service areas, while the main body is oriented to the South and houses the swimming pools (one pool of 25 x 12,5m for conventional swimming, and another one of 12,5 x 6m assigned for teaching)

This building was selected for the environmental energy fair GENERA. 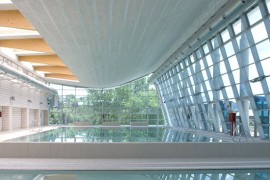