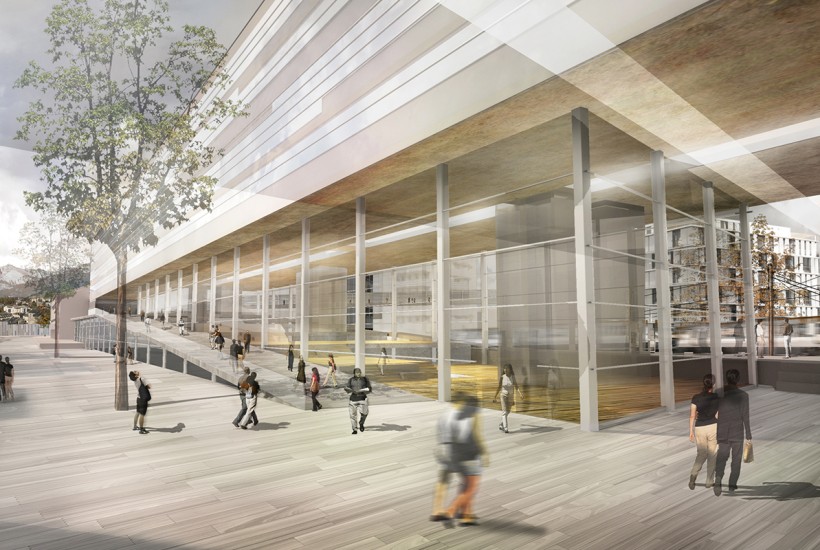 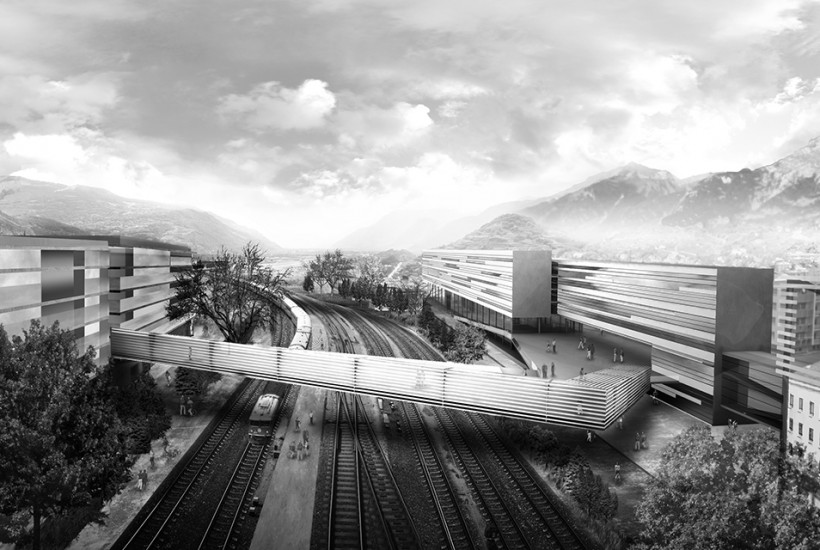 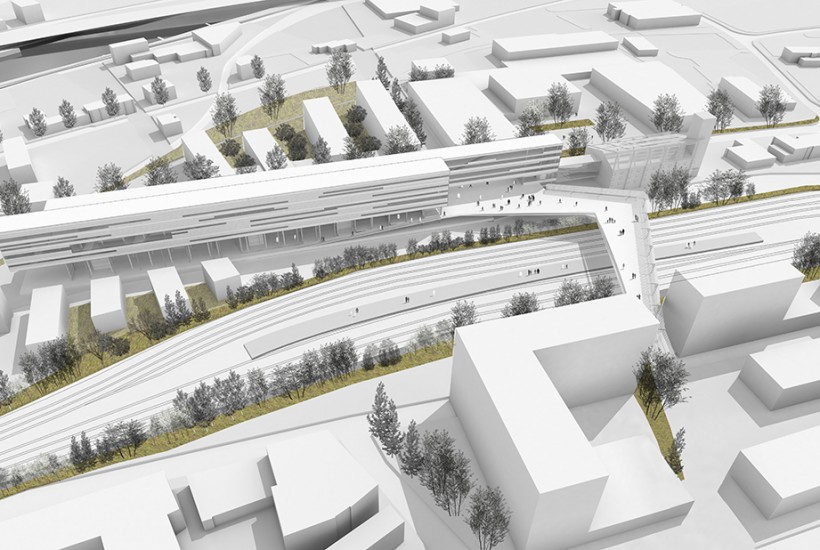 The aim of this project is to build an exemplary New Campus for the Applied Sciences University of Sion and the Federal Institute of Technology of Lausanne (EPFL), “Canton du Valais”, Switzerland, based on the terms of sustainability.

The plot is located in a railway land which implies that the implantation of the project is crucial to address the urban problems which are generated in such limits. The complex will become an icon of the presence of the EPFL in Valais and will generate a new functional and urban set. The project proposes the spatial integration, renovating the adjacent building and connecting functional and architecturally the entire complex.

It is essential to establish links with the city, especially in the bridge (that crosses over the railroad tracks, to reduce their impact), to convert the entire area between the station and the Rhône into a new urban center. A development concept is proposed by means of links between the campus and its immediate environment encouraging the development of the neighbouring areas (either for accommodation, or high schools, or companies in relation to the Square of Innovation). To do so, the street limiting the project is transformed growing through progressive stages. 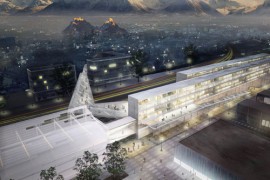