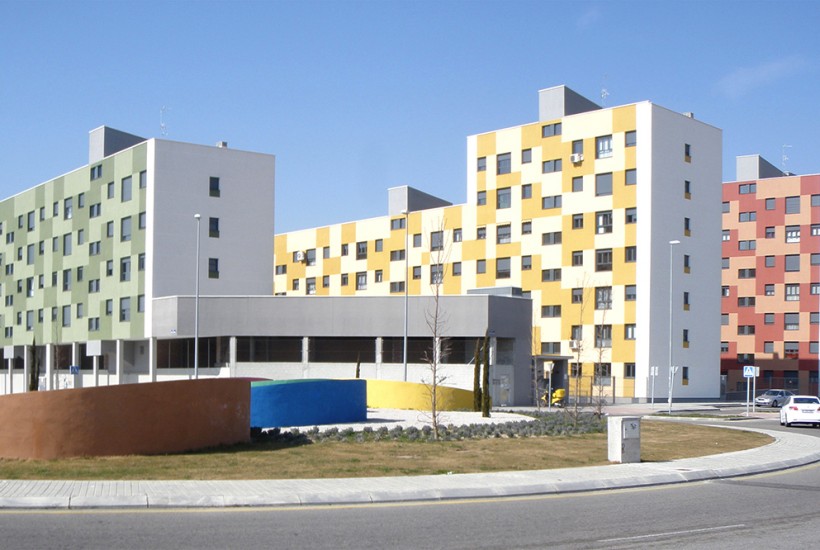 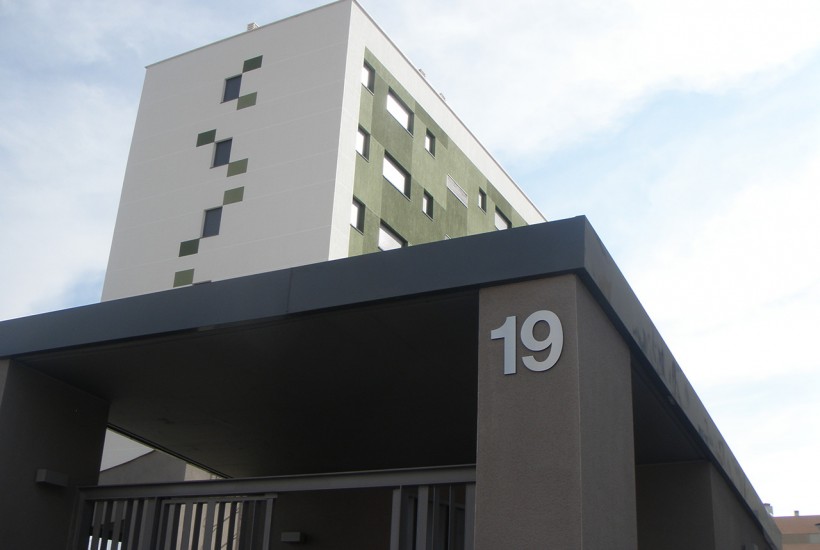 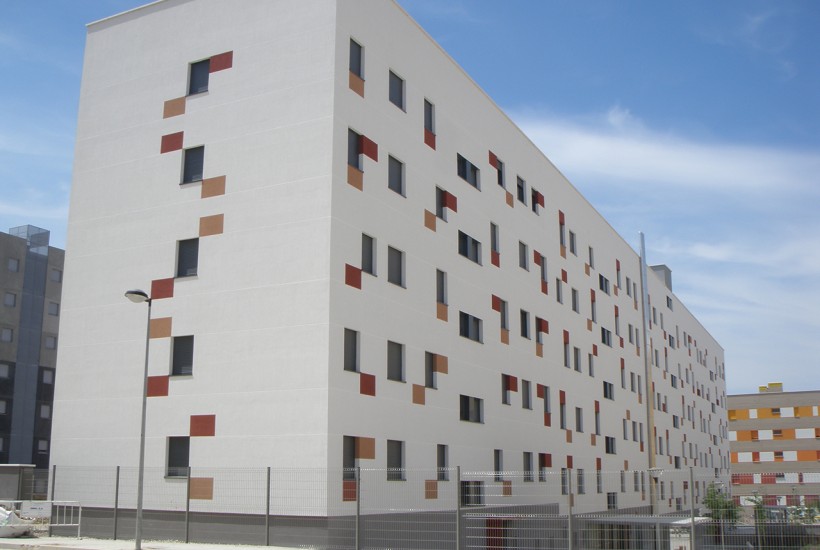 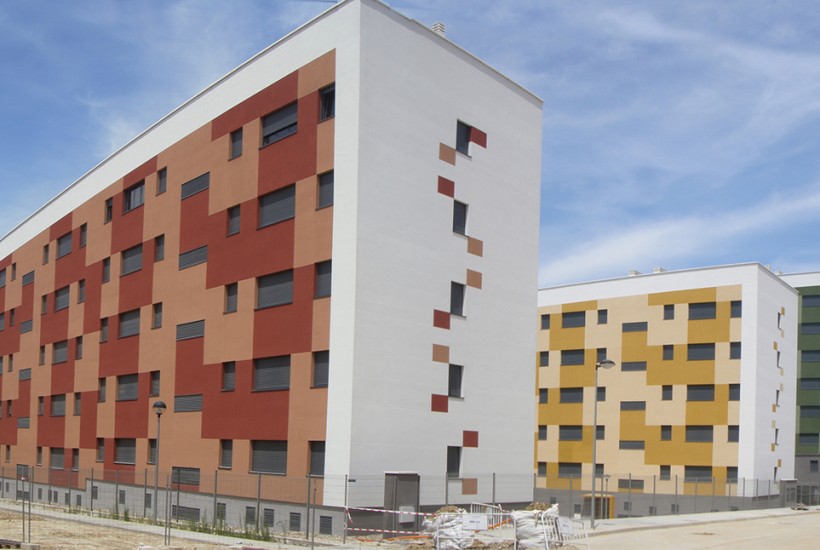 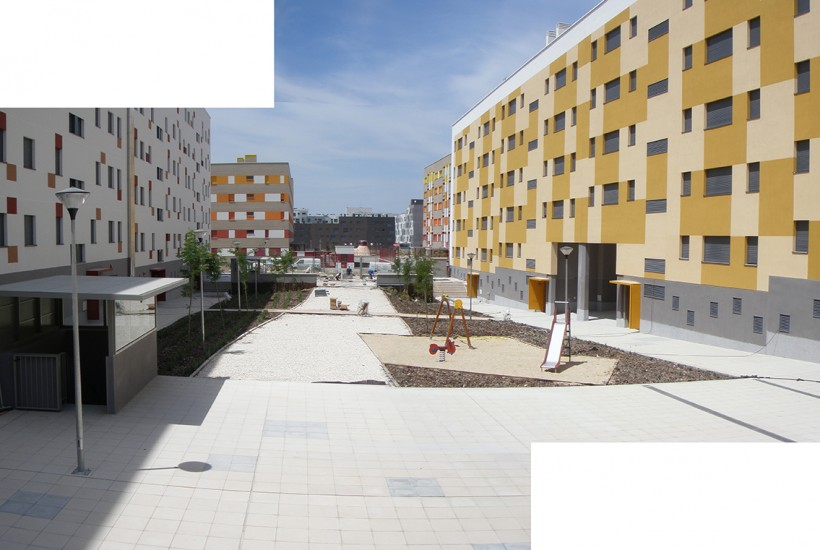 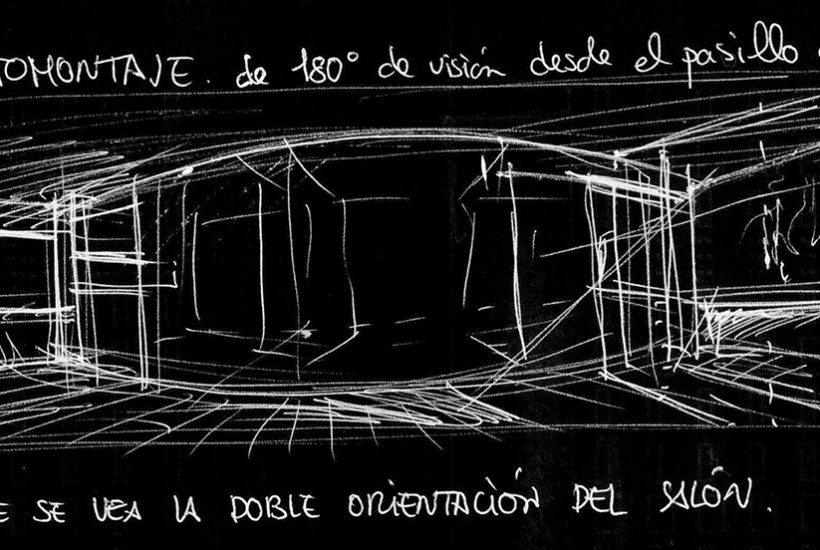 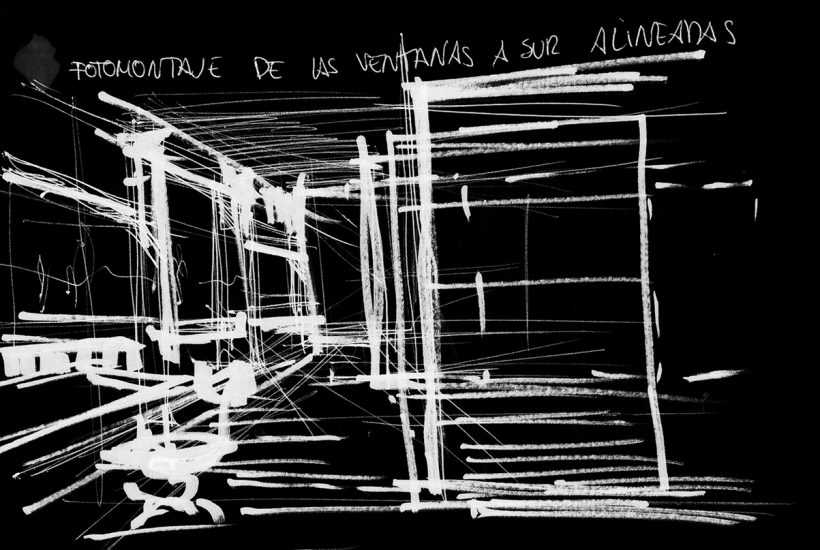 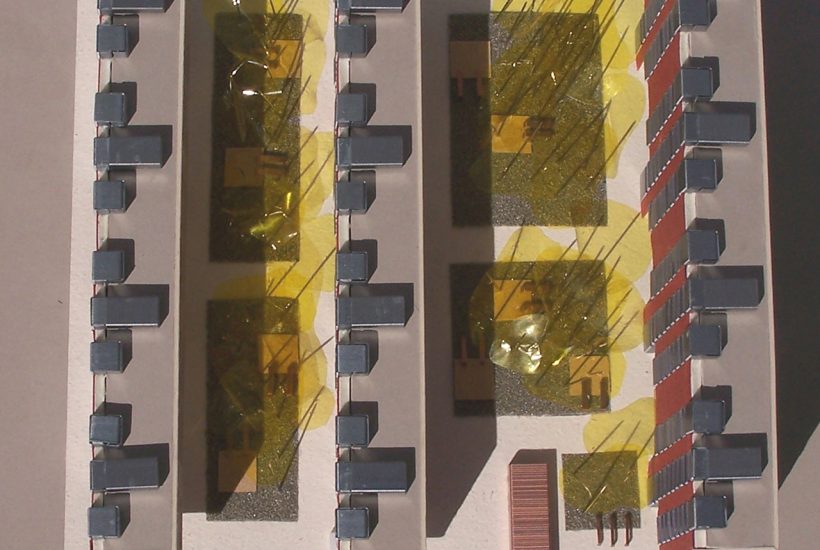 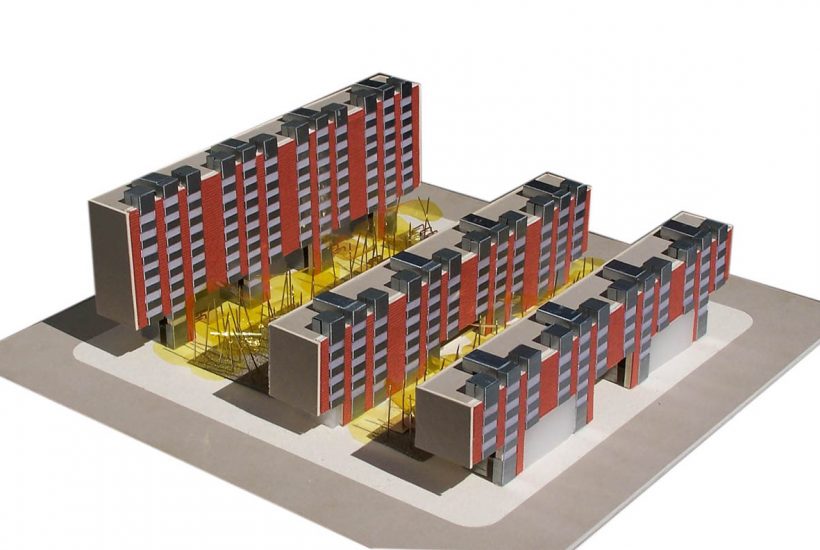 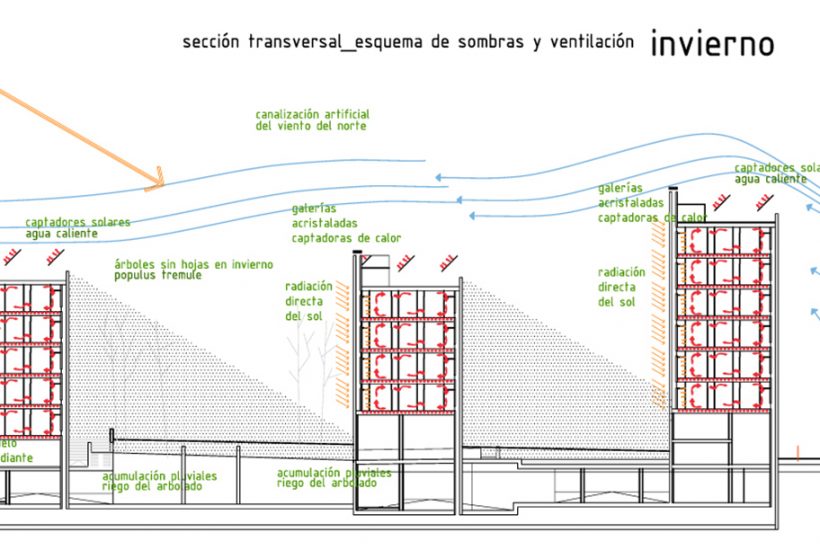 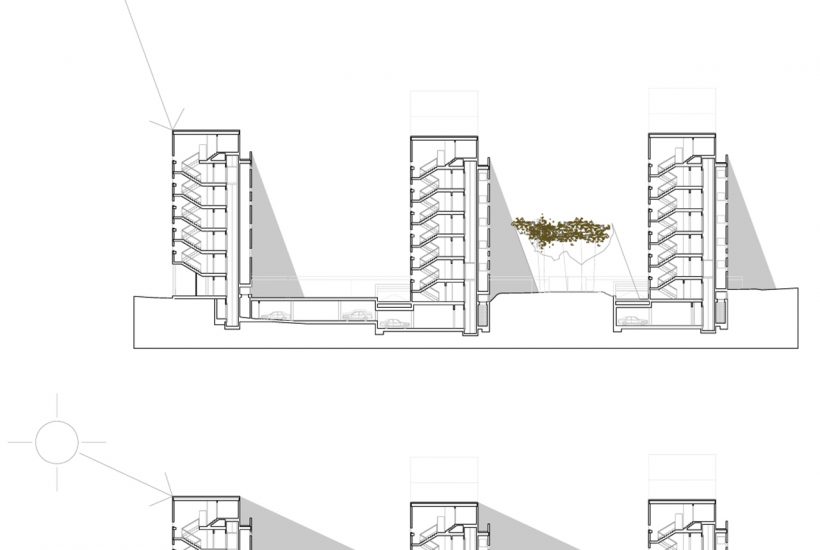 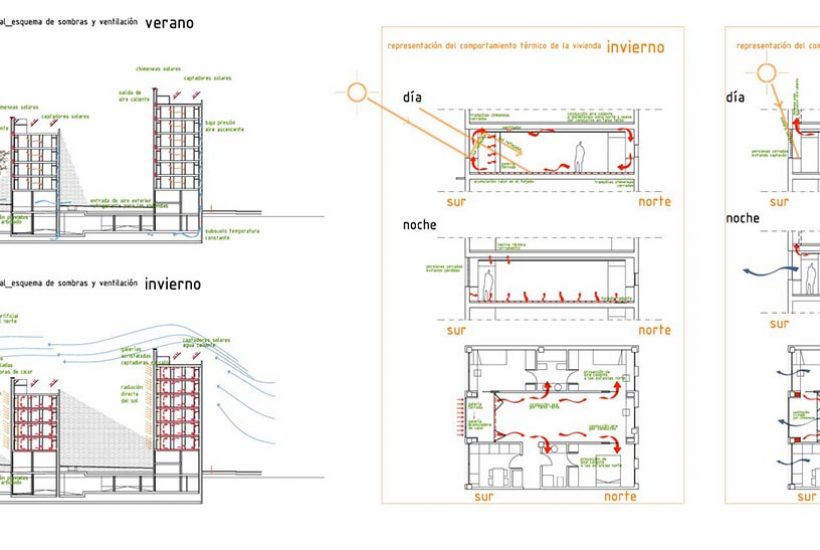 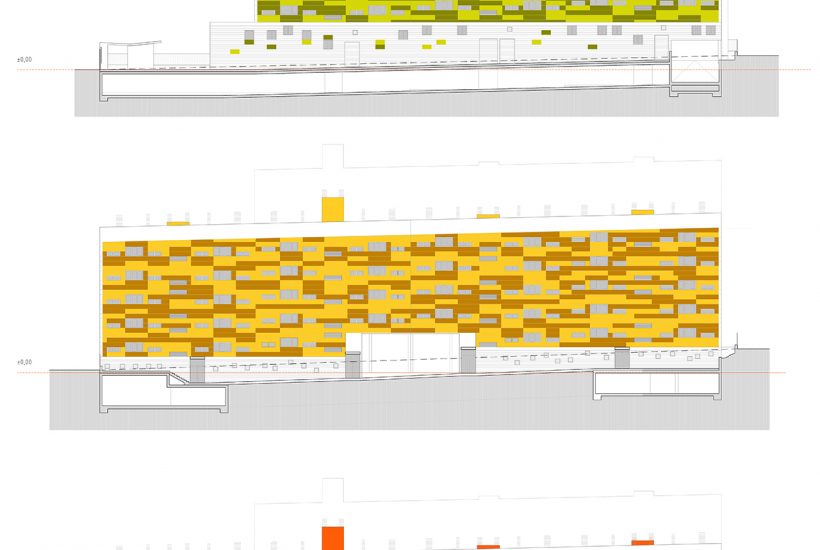 The general idea of the project is the result of a line of thought in which housing is viewed as an autonomous cell that repeats itself to generate the tissue of the plot.

The program asked for 114 dwellings in plot 14.1.1, 110 dwellings in plot 19.2.2 and 110 dwellings in plot 20.3.1, of 3 bedrooms each. In order to avoid the use of space that is assigned to corridors and distributors, a living room is designed to cover the area that stretches out from the north façade to the south façade. This living room is the main module, it is versatile, and due to its dimensions and orientation, it is capable of allocating various types of furniture-distribution and adapt to the different living standards and habits of different modern families. The northern part of the living room benefits from indirect lighting and therefore presents favorable conditions to allocate a working space. The southern part is designed as a glass-gallery and acts as a heat collector during the winter. The remaining rooms are located along the lateral sides of the living room, like the kitchen, the main bedroom with its en-suite bathroom, and two other bedrooms with access to a common bathroom.

The apartments are assembled in groups of eight, such that each one can benefit from the North-South orientation. Furthermore, the location of the three apartment blocks is chosen so as to mitigate the effect of the shadows that arise during the different seasons. This way, the apartment blocks will not hinder solar radiation, and the distribution of light-shadow zones in the common area is optimized to suit the needs of the neighbors during winter- and summer-time.

The bioclimatic architecture proposal is developed in passive as well as in active systems. New, state-of-the-art renewable energy technologies are combined with traditional design solutions that are used in similar weather conditions. 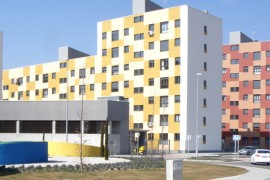